So, awhile back, we decided that we wanted to have some chickens. Larry cleaned all of the junk out of our old chicken coop and built a fence and we went over to Marz Farm and picked out six half grown chickens. The little chickens were all named by children – Parkle, Ninja, Sally, Early and Speckles. I had already named the Rhode Island Red. I named her Martha, because I was jealous of Martha Stewart’s fresh eggs she was always going on about, every time she cracked one on her show, and that prompted me to mention getting chickens again. I was inspired, so Martha it was.

Was being the operative word, because over the past month or so I began to notice that Martha was looking a little, well – ungirly. Recent events prompted the grandkids to ask “Grandma, what is Martha doing to that other chicken?”, and confirm my suspicions. [“they are in love honey, and now they are married”]

I have to face facts – Martha is actually Martin. 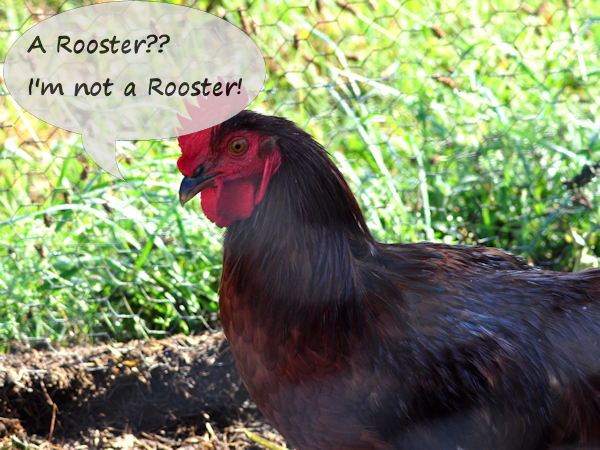 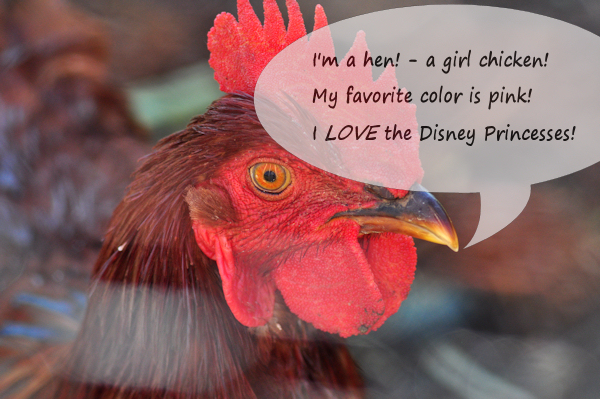 Martin? Oh, for Pete’s sake, this is ridiculous – you are a rooster! 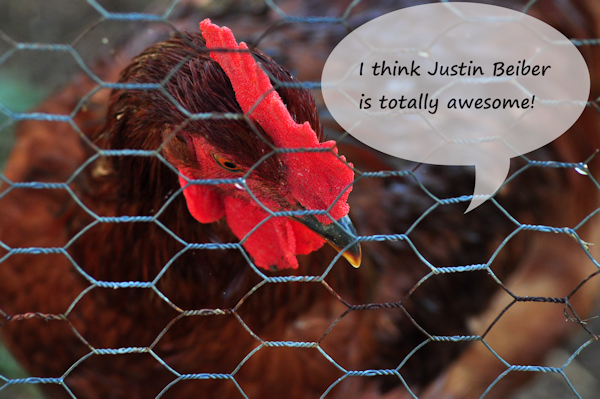 Delicacy prevents me from publishing photos of what took place next, as the beguiling Sally walked by, and Martin completely forgot about the charade he had been engaging in. He gave up all pretense at that point and came out with what was really bothering him. 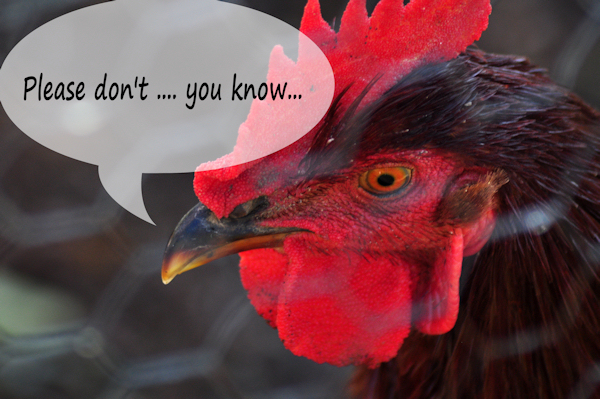 Now it all makes sense. Rest assured, Martin will shortly be returning to the farm where we got him, traded for a hen to be named later.
To be named Martha actually – she just doesn’t know it yet.

This entry was posted in life out in the country, photos. Bookmark the permalink.