We’re getting to the time of year when good photos of the food I’m cooking becomes more of a challenge. I never use the flash, so I need lots of natural light to make things look right. It is not such a problem for desserts or snack type recipes, because those will usually be eaten later anyway. But it is different for those times I plan on having dishes for dinner the same day I cook them. Larry has some objections to eating dinner at 10:30AM, not the least of which being that he is at work then. So, I cheat. I go outside.

I took this photo on the little table Larry built for our backyard. I pot up plants here and it’s a handy spot for the laundry basket because the clothesline is close by. And, bread looks nice on it too. This is Zucchini Oat Bread – I’ll put up the recipe in a few days. 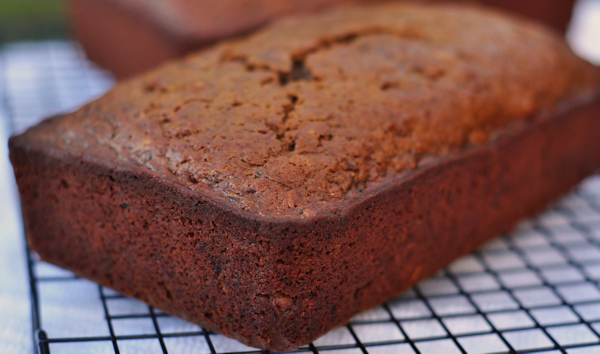 This mixture of scallions and celery were the start of a soup. I took it out on the back porch. If you crop things just right, no one can even tell that there is a gas grill, a can of OFF!, and a pair of soggy gardening gloves nearby. 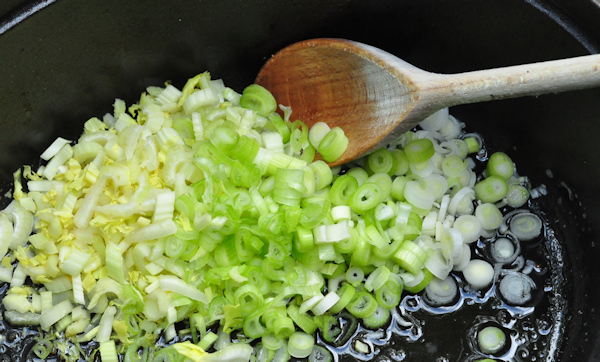 A couple weeks ago when I posted this recipe for Peach Cobbler, you probably thought – “Wow, Donalyn sure has a nicely lit kitchen!” [don’t try to fool me – I know that is what you were thinking!] Nope – I have a nicely lit porch. [the soggy garden gloves had been replaced by a compost pail and a tennis ball.] 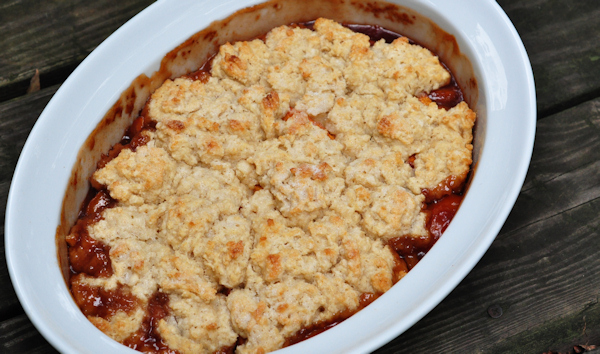 What a nice rustic shot of some veggies getting ready to join forces with the onions and celery from the shot up above, and become Garden Chicken Chowder. One of my neighbors actually slowed down to gawk as I was taking these shots. They are used to odd behavior from me – laying on my back to get an interesting shot of a flower in my garden, weeding the daylilies in pajama pants and crocs – you would think photographing plates of vegetables on my back porch would barely elicit a second glance, right? Not so – this was something new apparently. And I have to admit that there is not a whole lot of excitement way out here in the country, so we have to use our imaginations when it comes to entertainment. Or, you can just drive by my house I guess. 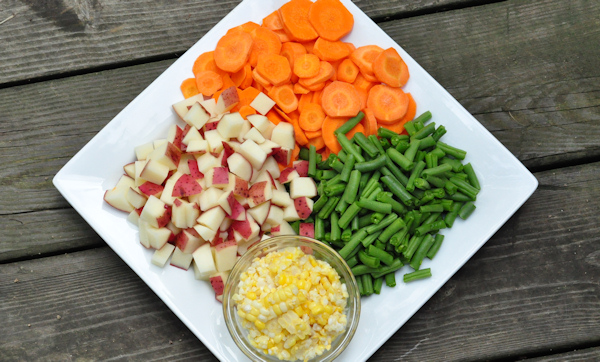 And sometimes when I’m out there, rearranging a rapidly cooling dinner so that it will look just right on my blog, I spot something that belongs outdoors and get a nice shot of that too.

So – now you know all of my secrets. If you want to try this yourself, it’s important to remember that too much light is just as bad as not enough, so you don’t want glaring midday sun. Open shade on a bright day is best. Just make sure to wave to the nice neighbors as they drive by.

This entry was posted in photos. Bookmark the permalink.

6 Responses to Take it outside!