We’re leavin – on a jet plane…

We do know when we’ll be back though. At least if everything goes as planned – like, you know – the plane taking off and landing as it is scheduled to do, as well as, in the recommended position and manner. I took this shot just two years ago – the very first time I ever flew, where I discovered I actually like it a lot more than I [or anyone who knows me] thought I would. 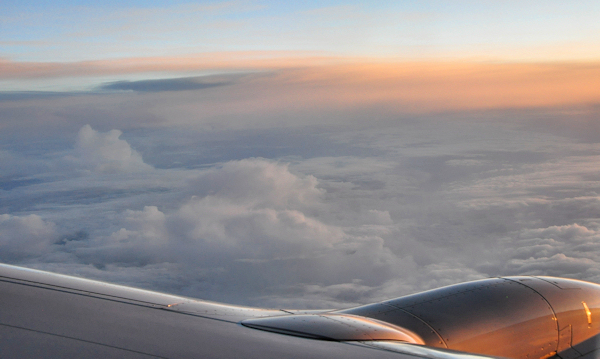 We are such hicks though, and I expect it shows, even to strangers. I always imagine that looking at us, they would expect us to heave a crate of live chickens into the overhead bin and bring out some raw potatoes to munch on when we get hungry, like descriptions in Russian literature of peasants on trains in the 30 and 40’s. Ha – I’ll show them! I’ll play Angry Birds on my Droid the whole way there.

Anyway – I might share a thought or photo along the way, and I hope all of you have a great week – even if you aren’t on vacation!

Here is my account of the first time I flew – a few more nice pics.

This entry was posted in travel. Bookmark the permalink.

3 Responses to We’re leavin – on a jet plane…